The Secret Place and How it Could Change Your Life

What is the Secret Place?

Apostle Peter keeps a prayer-appointment. He prays at the “sixth hour” each day. When is your prayer time? Do you keep it? Do you even have one?

“On the morrow, as they went on their journey, and drew nigh unto the city, Peter went up upon the housetop to pray about the sixth hour,” (Acts 10:9).

Many Christians have what they call “the secret place”. This is their secluded place where they pray. The secret place of Apostle Peter was on the roof of the house of Simon the Tanner.

Where is Your Secret Place?

However, it could be a place within a house, even a room in your house. And it’s any place that you are comfortable with. Wherever you are you could designate it as the secret place to pray to the Lord. It’s always a place of your choosing. So, you decide!

For many Christians, their secret place is their bedside. Because that’s where they always retreat to pray whenever they desire.

“He that dwelleth in the secret place of the most High shall abide under the shadow of the Almighty,” (Psalm 91:1).

Even though it’s His secret place when we find it and live there it becomes our secret place too. And not everyone will find it.

Realize folks that this “trance” that Peter enters doesn’t mean that he was sleeping. He wasn’t. But it’s another way to describe a vision. Don’t assume that it means to fall asleep!

Additionally, note that these always occur when these persons are praying in their secret places. Always when they are locked away with the Lord in prayer and solitude.

Recall that this same Cornelius has a secret place. And while he was in it, he had a vision of an angel.

In reference to the Tabernacle, the secret place of the Lord is the most holy place. This is where the Lord God would meet with the High Priest and commune with him.

What is the Meaning of this Vision?

“And [Peter] saw heaven opened, and a certain vessel descending upon him, as it had been a great sheet knit at the four corners, and let down to the earth,” (Acts 10:11).

Another disciple looked into heaven similar to Peter, Stephen, from his secret spot. Anytime you could look into heaven, via a vision, you know that you are doing something right.

“Wherein were all manner of [four-footed] beasts of the earth, and wild beasts, and creeping things, and fowls of the air,” (Acts 10:12).

Isn’t strange that there should be such diverse animals and birds in the same place and time? One doesn’t usually find all those animals in the same locale at the same time. But this occurrence has a unique purpose.

You Don’t Have to see Him to Recognize His Voice

Then, Peter hears a voice but he didn’t see the shape of any person. Why? Because God is a Spirit, (John 4:24).

Note, however, that he recognizes the voice as the Lord’s.

Earlier, I told you that while Peter was in a trance, he really was in a vision and he was not sleeping. In the Scripture, immediately above, if he were sleeping wouldn’t the Lord first awake him and then tells him to “rise”?

Instead, He instructs him to stand up and eat. Because Peter was in a kneeling position praying in his secret place.

Additionally, be aware that Peter wasn’t confused about the owner of the voice that he heard.

Types and Shadow of those the Lord Will Cleanse

He was certain it was the Lord’s voice that he hears and not that of the Father, the Son, or the Holy Ghost.

Therefore, he replied, “Lord”. He wasn’t confused. He knows that there is only one Lord God in heaven and not three.

“And the voice spake unto him again the second time, What God hath cleansed, that call not thou common,” (Acts 10:15).

What has God cleansed?

“This was done thrice: and the vessel was received up again into heaven,” (Acts 10:16).

As I noted above, when the Bible says “trance” it means “vision”. The following Scriptures show that the latter is a proper synonym for the former.

“Now while Peter doubted in himself what this vision which he had seen should mean, behold, the men which were sent from Cornelius made enquiry for Simon’s house and stood before the gate,” (Acts 10:17; 19).

Therefore, Peter came out of his vision and started to ponder the significance of it.

By then the messengers from Cornelius were by his gate asking about Peter.

Therefore, they “called, and asked whether Simon, which was surnamed Peter, were lodged there” (Acts 10:18).

And as they enquired about him, Peter was still thinking about the meaning of his vision.

“While Peter thought on the vision, the Spirit said unto him, Behold, three men seek thee,” (Acts 10:19).

In the secret place, the Lord supplies Peter with just enough information for him to obey. He tells him who; what he shouldn’t do; and what he should do.

However, he listened to and obeyed the Holy Ghost.

Up to this point, Peter still didn’t understand the vision. Here we observe that the Lord never reveals everything to any of us all at once. We must continue with Him to know more and better things.

“Then Peter went down to the men which were sent unto him from Cornelius; and said, Behold, I am he whom ye seek: what is the cause wherefore ye are come?” (Acts 10:21).

The Spirit could have told Peter all this in the secret place. But the Lord will not tell us what others could.

Consequently, “they said, Cornelius the centurion, a just man, and one that [fears] God, and of good report among all the nation of the Jews, was warned from God by an holy angel to send for thee into his house, and to hear words of thee,” (Acts 10:22).

“Then called he them in, and lodged them. And on the morrow Peter went away with them, and certain brethren from Joppa accompanied him,” (Acts 10:23).

Why do we Need a Secret Place?

Every Believer needs a secret place. We all need instructions and direction from God. At various times in our lives, we need guidance and most times the secret place is the only place we get it.

Sometimes our secret place could be common to many people. For example, it could be your local assembly.
Zacharias’ secret place was in the temple. He had an experience with Gabriel that changed his life.

In our secret place, the Lord descends and communes with us. He inspires, teaches, strengthens and directs us.
Similarly, to the Tabernacle of Congregation, which was movable, our secret place goes wherever we go.

The purpose of the secret place is similar to the altars of the Fathers like Abram and Isaacs, and Jacob etc.

It’s a place where they had unforgettable and life-altering experiences with God. A place that they take note of and return to it whenever they could. Their subsequent visits re-lived their original experiences.

Establish your secret place and visit it frequently to solidify your relationship with the Lord. 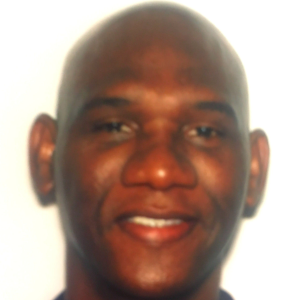 When is The Ideal Time to Repent?

WHEN IS THE IDEAL TIME TO REPENT?
Is there a best time to repent? When is it?

Recall that repentance occurs when the Lord God “Calls” us through His Word.

The best time to repent; therefore, is when you hear the preaching of the Gospel of Jesus Christ.

Jesus tells us about such a time.

“The men of Nineveh shall rise in judgment with this generation, and shall condemn it: because they repented at the preaching of Jonas; and, behold, a greater than Jonas is here.”

Then, he told them that he is greater than Jonah. This implies that they should readily repent when he preaches.

Salvation According to the Law?